Goldmint Collaborates with Sumus for the Unique Consensus Algorithm 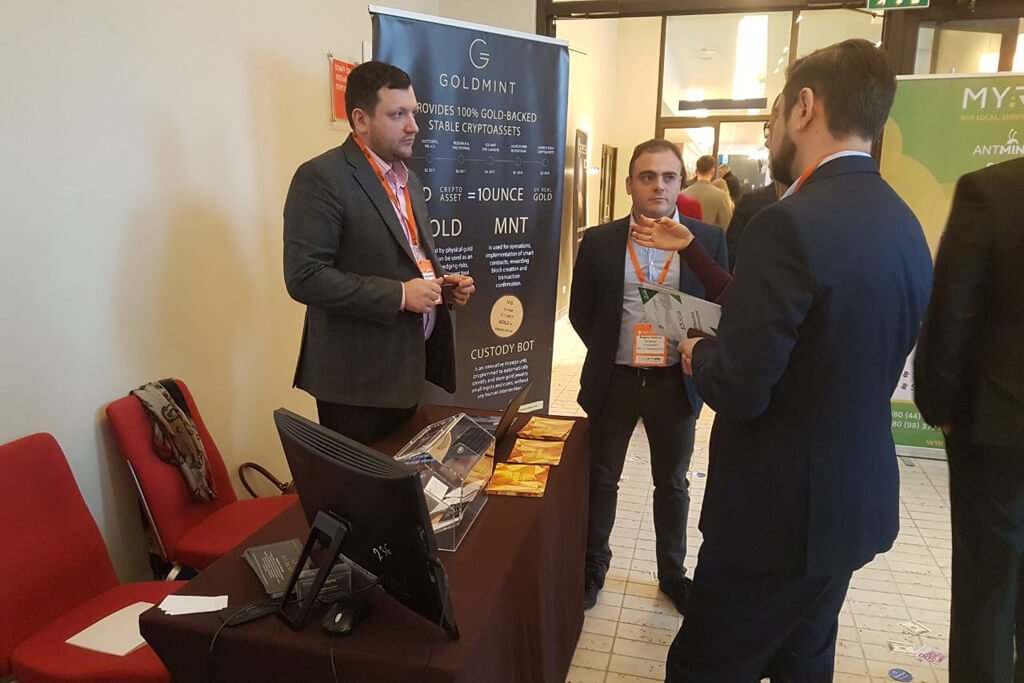 
The world-first provider of gold-backed cryptoassets, GoldMint platform, will pioneer to integrate a stake-distributed consensus algorithm designed by the Sumus allowing to increase the number of network nodes and streamline transaction rates.

When creating Bitcoin currency blockchain, Satoshi Nakamoto used what was called a Proof-of-Work (PoW) algorithm as a consensus algorithm and back then it was consistent with basic requirements of the network. However, as the popularity of blockchain technology underlining cryptocurrencies skyrocketed, the number of active users as well as the list of executed on blockchain transactions has increased dramatically eventually affecting the network scalability.

Today Proof-of-Work (PoW) algorithm is characterized by a low block closing rate and a low transaction rate. Albeit the current speed of Bitcoin transactions is only 7 transactions per second, the price tag is hefty.

Many IT-area experts and cryptocurrency enthusiasts familiar with peculiarities of the running algorithm have created new consensus algorithms or modified already existing ones in a bid to eliminate weak points of the PoW algorithm. As a result, the PoS, DPoS, LPoS, PoE, PoIT, and pBFT consensus algorithms have appeared. Nevertheless, as it turns none of them was good enough to meet all the network requirements.

Therefore, the attempts to create the flawless blockchain network protocol are being made. Keeping pace with developers’ wagon, the Sumus together with GoldMint platform has recently introduced another alternative to the PoW consensus algorithm.

This significant partnership offers a new consensus algorithm called stake-distributed Byzantine Fault Tolerant (sdBFT) that allows to increase the number of network nodes participating in the process of consensus-building by several times over the existing BFT family algorithms, and to substantially increase transaction rates. The solution is first to be integrated in GoldMint platform.

According to the developers, the sdBFT algorithm addresses the issue of the growth of time needed for consensus-building on the first place as it is going to have a higher processing speed compared to the existing BFT algorithms. It will be possible to control the speed of creation of new blocks or, in other words, the speed of algorithm operation, by changing the power of set of nodes.

A potentially large number of consensus participants makes a conspiracy difficult when a group of voting nodes is forming a new block, managing the block’s content at their own discretion, because another set of voting nodes will be chosen before the start of another consensus-building process.

The Sumus team believes the sdBFT algorithm will not allow a great impact on the process of choosing nodes during the next voting round. Going forward, the Sumus developers will study the speed of sdBFT algorithm performance and possible blocking of blockchain networks.

In GoldMint terms, the described consensus algorithm will manage the process of verifying GOLD transactions also known as minting. (GOLD is the project’s stable coin backed by gold; MNTP is the utility coin used for minting).

GoldMint CTO Konstantin Pichugin comments on the Sumus solutions and the way it will work in GoldMint infrastructure:

“I can say that one of the features of the Sumus blockchain is a unique consensus algorithm based on PoS. To obtain the right to get the master node, you need to reserve 10,000 MNTP tokens. Then, during the verification of each blockchain block (once every two minutes), the number of escorting nodes is randomly (equiprobable and difficult to predict) selected from all active master nodes. Then, from the selected amount of escorting master nodes, the main master node is selected. This master node closes the block when a consensus is reached within the n escorting nodes.

Because of the variety of technical solutions and innovations used in the development of the Sumus blockchain, the source code will not be published by any public media sources until there is at least one GoldMint project in place that is going to use the said code.”

As the network is growing, it is facing more and more difficulties while in order to deal with them successfully it requires updated and sustainable consensus algorithms to rely on. Hence, the development of improved protocols to manage the blockchain network becomes necessary.

The above-mentioned sdBFT algorithm has a lot of complex research behind them. It represents the kind of consensus algorithms that achieve Byzantine Fault Tolerance but unlike practically used Proof of Work & Proof of Stak, it was initially conceived to operate on bigger blockchain networks. According to this precise, the sdBFT algorithm is able to increase processing speed by several times that ultimately will shatter the highly set benchmark of the cost of transactions available on blockchain.